Leave site
You are here: Home » News » Man banned from towns in Somerset for four years

A 33-year-old Frome man has been banned from entering various parts of Somerset towns for four years.

Clive Kemery of Buttshill, Frome, was issued with a criminal behaviour order at Taunton Crown Court on 9 July.

At a previous hearing at Taunton Crown Court on 28 May this year, he was convicted of robbery, attempted robbery and two counts of theft and jailed for a total of 27 months.

The court found that he had engaged in behaviour that caused, or was likely to cause harassment, alarm or distress to one of more persons and considered that an order was necessary to help in preventing the offender from engaging in such behaviour.

At a hearing at Taunton Crown Court on 9 July a Criminal Behaviour Order was put in place. this prohibited Clive Kemery from certain places in Frome town centre and also at a venue in Shepton Mallet. 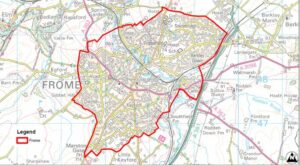 Should Clive Kemery be found guilty of breaching the order the court could grant up to five years imprisonment or a fine or both.